What I Learned After A Year of Being Unemployed 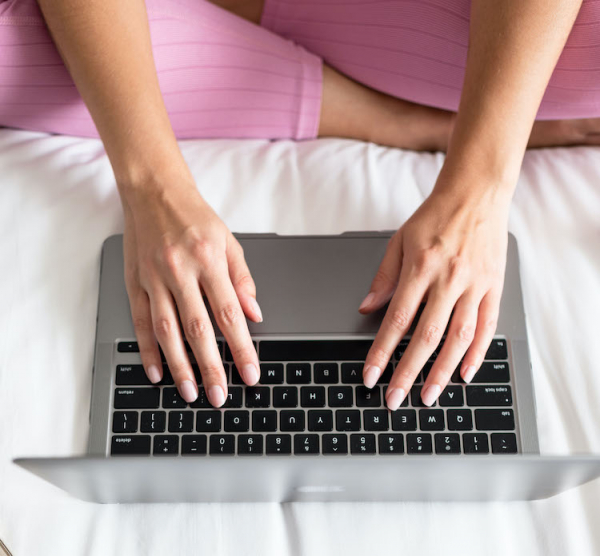 Most of us say we want more time in the day. Well, I spent about 11 months with just that, and I can honestly say it wasn’t for me. Like many people, I was unemployed for the better part of last year. The experience left me shaken. I lost my confidence and began questioning my talent, but I learned so much about how I lost myself in my previous job—or at least that’s what it seemed like. 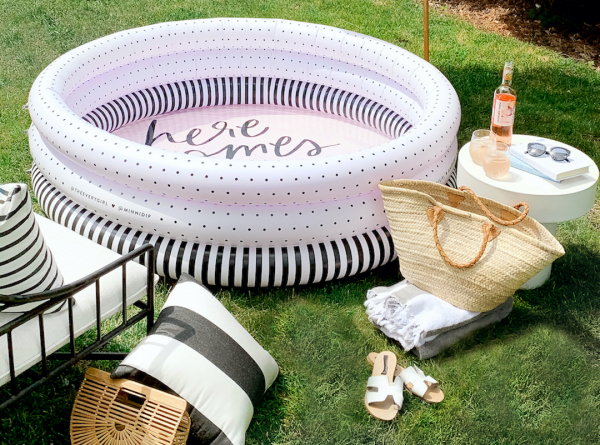 The Everygirl’s Inflatable Pool + Float Collection Is Back for a Limited Time!

It’s something that can happen to anyone. Think about the last time you were at a party and met someone new (I know, I know it’s been quite a while). Likely, one of the first things they asked was, “What do you do?” The conversation probably continued with more questions about what your exact title is or how you spend your day and if you enjoy it. This is standard and polite chitchat in our society. There’s nothing really wrong with it, but it begs the question: Are we obsessed with our jobs?

Imagine being asked that simple, innocent question about what you do for a living, except this time you don’t have an answer. You don’t have a job right now or, frankly, any prospects either. Just thinking about this situation sends a tidal wave of embarrassment, anger, and sadness rushing over me because I’ve been in this position before.

It’s not the other person’s fault, but this common question isn’t exactly crafted for someone standing in the unemployment line. It automatically assumes you’ll be able to confidently answer with your profession which, more often than not, is a large part of a first impression. I’ve also seen the look on someone’s face when you respond with “Oh, actually I’m looking for a job right now,” or “I work as a television news producer, but I’m currently in between jobs.” Their eyes momentarily get big, they try to stretch out a convincing smile, and all the while they’re internally telling themselves to “be cool, be cool,” despite being filled with instant regret. 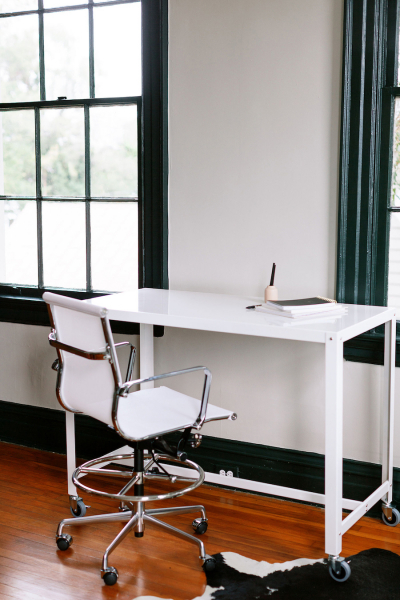 I’ve talked with a few other people who have either been fired before or walked away from a job on their own over the last couple of years. It’s interesting because we all have different stories about how we ended up with the label of “unemployed,” but we all mostly feel the same about the experience. It’s a mix of literally every single emotion you can imagine. I remember feeling embarrassed and powerless. I was angry it wasn’t my decision. I was happy I didn’t have to go back there, yet I was stressed about not having anywhere to go. Ultimately, I felt an overwhelming sadness that left me terrified. While I was overflowing with confusing and contradicting emotions, I somehow felt empty.

I remember feeling embarrassed and powerless. I was angry it wasn’t my decision. I was happy I didn’t have to go back there, yet I was stressed about not having anywhere to go. Ultimately, I felt an overwhelming sadness that left me terrified. While I was overflowing with confusing and contradicting emotions, I somehow felt empty.

Months later, I was babbling about my tangled mess of emotions to a close friend of mine. About a year before, she made the decision to step away from her decades-long career to protect her mental health. Leaving the (mostly) stable schedule and salary was her choice, but she struggled in the same ways I did. She shared with me something her therapist told her and honestly I think about these words every day. Her therapist described our emotional confusion as a form of grief. We were grieving the loss of who we were; our identities.

A study by the Pew Research Center in 2016 confirms this. The research shows 51 percent of Americans said their jobs are central to who they are and gives them a sense of identity. That number seems understandable and like not a big deal until 2020 rolls around. After all, we do spend a lot of time at work. But, according to USA Today, in November 2020, approximately 3.9 million Americans were experiencing longer-term unemployment, having been out of work for at least 27 weeks.

We were grieving the loss of who we were; our identities. 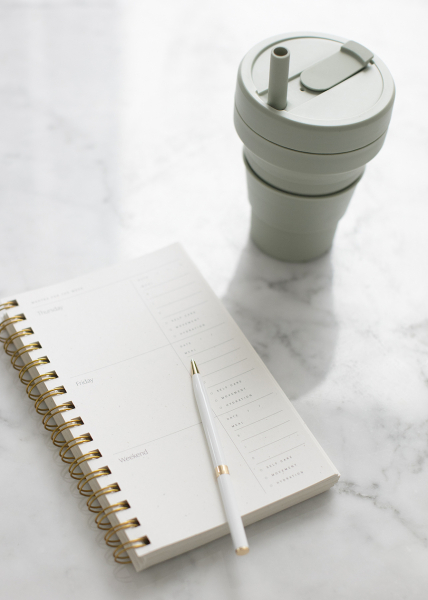 I’m not great at math, but Siri says that means almost 2 million people most likely feel like they lost themselves when they lost their jobs. That’s on top of the depression, anxiety, and other psychological effects that already can accompany being unemployed for longer than six months. Take it from me: sleeping in because you really don’t have anything to do isn’t all it’s cracked up to be.

The idea of grieving the loss of my identity along with my job was groundbreaking for me, and it helped during the days that felt like an eternity. The fact is, I didn’t know how to spend my time. When I was working, there were never enough hours in the day. Suddenly I had all the time in the world, but I struggled to fill it. I tried to make working out my new thing. I told myself I’d read more. I entertained starting to paint again. But none of it felt right or felt like me. Also, each thing would only fill about an hour or two of a day… and then what? I now think who we are is how we spend our time. That’s why we have talented bakers, aspiring artists, and avid readers. I couldn’t get myself to fit into any of those categories; my 9-to-5 had consumed me. The majority of my friends were people I met at work. When we hung out, that’s what we’d talk about. So when it was taken away, I felt my identity was too.

Take it from me: sleeping in because you really don’t have anything to do isn’t all it’s cracked up to be.

I know I can’t be alone. Many people love what they do for a living. Whether it’s the salary, the schedule, your coworkers, or the fulfillment you get from your work, there’s some reason you chose your profession or—at least—why you choose to stay. There’s a fine line between loving your job and allowing it to become an obsession. I definitely dove headfirst into the latter without even realizing it. Consequently, I learned firsthand how soul-crushing unemployment can be, especially during a pandemic, when so many businesses are struggling and so few companies are looking to hire someone new.

I can now say I’m one of the lucky ones who managed to find a job toward the end of 2020. As I settle into working from home (and meeting my new coworkers over Zoom), I have to remind myself that I am more than my job title. Don’t get me wrong—I once again love what I do, I’m proud of my work, and I strive to be great at it. But at the end of the day, I’m the only one who cares about that. It took me almost 11 months of unemployment to realize my biggest issue wasn’t the fact that I didn’t have a job, it was that I thought I needed one to have value. For me, that theory was debunked when I looked at the people around me. I still had friends who cared about my thoughts and opinions, a fiancé who supported me on the good and bad days, and a family who encouraged me to keep my chin up through it all. These friendships and relationships aren’t contingent on my job status. Like I said, I’m one of the lucky ones.

My 9-to-5 had consumed me. The majority of my friends were people I met at work. When we hung out, that’s what we’d talk about. So when it was taken away, I felt my identity was too. 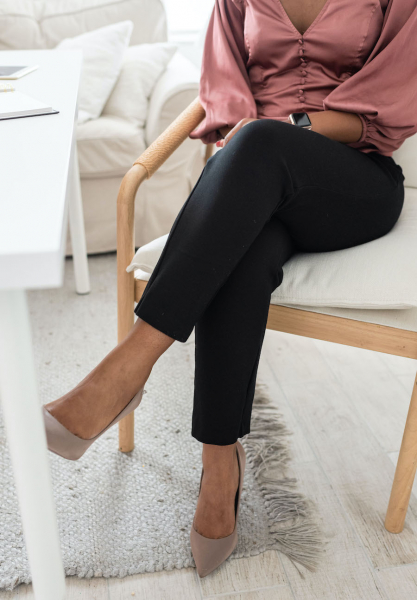 While last year was difficult for so many reasons, my time of unemployment has made me more aware than ever of how I spend my time off the clock. I do things that keep me grounded and happy, no matter how simple—like enjoying a cup of coffee on the couch every morning, doing an online pilates class or going on the occasional run, and ending my day with an episode or two of whatever show I’m watching at the time. It turns out I didn’t need to pick up a new hobby to have a healthier relationship with work.

It took me almost 11 months of unemployment to realize my biggest issue wasn’t the fact that I didn’t have a job, it was that I thought I needed one to have value.

If you’re unemployed right now, just know that no matter how difficult it gets, this time is temporary and you will rebound. I encourage you to use your free time to find and do things that take your mind off the stress. If that means getting out of your comfort zone and trying something new every day, great! If you’re more like I was and you only have the energy to lay on the couch some days, that’s OK too. The important thing is to never equate your value as a person to your employment. Whether you see it yet or not, you have so many other talents and qualities that make you who you are… with or without a professional email account.