How to Deal With ‘Playground Bullies’ Who Are All Grown Up 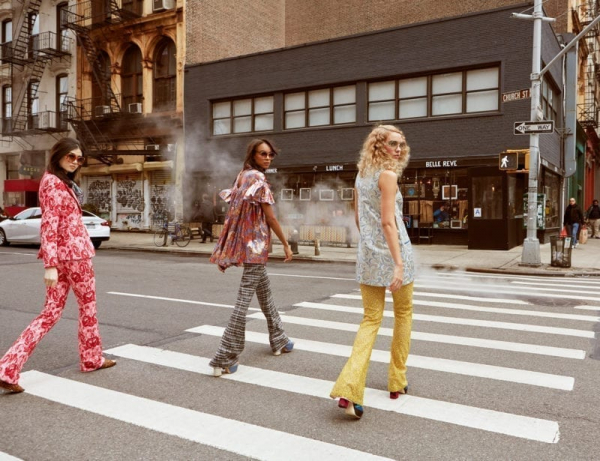 I remember the shock when I heard my son had been shoved against the concrete wall in the school hallway. I can feel the tension in my chest now as I picture him in that hall. A teacher nearby swooped in and grabbed the bully. My son, shaken and injured, seemed to be able to work through it well, in part, because the boy got caught.

Unfortunately, this isn’t always the reality with kids, and definitely not with adults. In the hallways and on the metaphorical playground of adulthood, bullies far too often go unnamed and unchecked. Adult bullies don’t play by the rules, and there is no teacher to yank them to the principal’s office.

Adult bullies don’t play by the rules, and there is no teacher to yank them to the principal’s office.

When we were children, we may have been told that bullies would grow out of their bullying ways, but that expectation can be misleading. Adults can be bullies too. But just like in childhood, the more they are named and exposed, the less power they have.

Bullies don’t grow up necessarily. They can simply just change form. Things are often more obvious on the playground when you are a child. However, as adults, things are often much more confusing, and the bullying is much more complex. It is not always obvious, at least at first, who the bullies are.

A person you thought was a friend or at least hoped would be, may turn on you. Sometimes, bullies are even nice to everyone except you. Bullying can be done in a nice tone and by “nice people.” Nothing is as pronounced in adulthood as it was when we are kids so we have to know what to look for.

Bullying can be done in a nice tone and by “nice people.”

As a therapist, I often tell my clients to trust your gut. If it doesn’t feel right, then it isn’t. Trust yourself, and don’t get hung up on labels. People will debate whether or not something is truly bullying, but that matters infinitely less than you recognizing that something feels wrong and acting accordingly.

More than anything, bullying thrives in isolation. Because when victims are isolated, in a relationship or situation, they are much more likely to doubt themselves and to feel powerless.

When I was in graduate school for counseling, I sat across from my favorite professor in his tiny office. He had a big beard and grey hair, and the wisdom to match. I wrung my hands and described to him in tears how one of my childhood friends (whose behavior I would now identify as bullying), whom I had not seen in years, had sent me the most hate-filled letter I had ever received.

I anxiously asked him how I should respond. He looked at me with compassion and said simply: “You don’t have to respond.” Refusing to engage with this bully was response enough.

Not all situations are so simple. Adult bullies have illegitimate power that has been stolen. Their strength is illegitimate strength. Just like a parasitic plant, they steal life.

The difference in adulthood bullying is that no one else is coming. We are the teachers now—yanking the bully to the principal’s office in our own lives and in the lives of each other. As adults, we must learn to know our power and stand together. Our playground is more complex now, but the same wisdom we would tell kids holds true for us now.

If you were to do research about bullying, one of the first recommendations you’ll find is to tell someone. Since bullying can include confusing nuances, a witness to the behavior helps the person being bullied stop doubting their own experience. This also helps shine a light on what is happening.

Bullies can’t live in full exposure. They thrive in anonymity, secrecy and a lack of accountability. Too often, bullies are left unchecked. Learn to expose bullies. Naming them and naming the behavior is imperative.

Bullies can’t live in full exposure. They thrive in anonymity, secrecy and a lack of accountability.

Refuse to engage with them or actively push back. Either way, remember a bully’s power is illegitimate, and taking that power back is an important step.

Get help; gather together.

In childhood, this may look like your friends backing you up on the playground. However, in adulthood it looks like gathering people, aka your best friend, someone in HR or your faith community. A person who is being bullied needs other people to create a swell of support to push back. Fight back in numbers. Ask for help, and offer that same help for others.

Recently, I sat with a friend as we read out loud the thinly veiled racist responses to her social media post. The comments were uninvited and slimy. I felt the tension in my chest again as we read. I sat with her as she read what another friend of ours said, with her permission, in order to push back on the commenters. My friend pushed back on them, and I did too. We actively refused them together.

Don’t be a bystander; we need each other.

If we witness bullying, it is important to refuse to tolerate it, refuse to look away and refuse to be inactive. I wonder what would happen if all the smaller occurrences of bullying that grow into larger issues were not tolerated. Bullying is a gateway for all kinds of hatred. It is our responsibility not to be complicit by looking away.

Bullying is a gateway for all kinds of hatred. It is our responsibility not to be complicit by looking away.

We are no longer children. There is no teacher coming, and things aren’t always so clear. However, bullies cannot continue when their behavior is exposed, when the truth is told and when we gather together against them.

We are the ones monitoring the hallways now.

Have you ever encountered an adult version of a bully? How have you learned to speak up for yourself and others in the face of bullying?

Fashion Through the Decades: How 1940s Fashion Inspires My Style
What I Learned After A Year of Being Unemployed